The Cutty Sark is a 150-year old extreme clipper, which transported tea and wool across the British Empire in Victorian times. It is now maintained as a historical attraction by Royal Museums Greenwich.

There’s a foot tunnel that goes under the Thames right next to the Cutty Sark.

This Greenwich landmark, the last of the great clipper ships to sail between China and England in the 19th century, was due to reopen in spring 2012 after serious fire damage. View full review from Lonely Planet

This sleek, romantic clipper was built in 1869, one among a vast fleet of tall-masted wooden ships that plied the oceanic highways of the 19th century. View full review from Fodor's

This handsome wooden ship, launched in 1869 when it was expected to last only 30 years, is today the only tea clipper left in the world. View full review from Frommer's
Review content provided by
Address: King William Walk, London SE10 9HT, UK
Website: https://www.rmg.co.uk/cutty-sark
Phone: +44 20 8858 4422
Hours: Closed 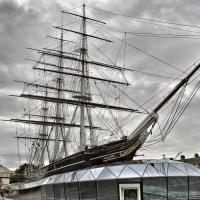 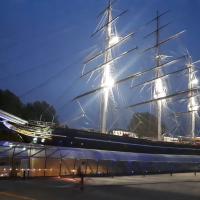 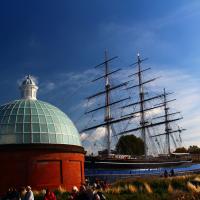 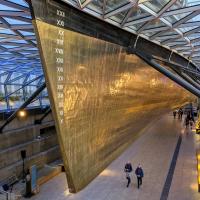 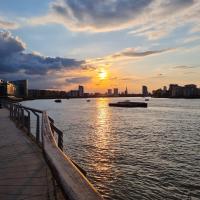