One of London’s most iconic bridges, it was built in 1886 to provide a much needed crossing across the Thames. Tower Bridge opens up to let tall ships through and can be recognized by its towers.

There's a museum at the top with a see-through walkway over the bridge.

London was a thriving port in 1894 when elegant Tower Bridge was built. Designed to be raised to allow ships to pass, electricity has now taken over from the original steam and hydaulic engines. View full review from Lonely Planet

Despite its medieval, fairy-tale appearance, Britain's most iconic bridge was actually built at the tail end of the Victorian age, first opening to traffic in 1894. View full review from Fodor's 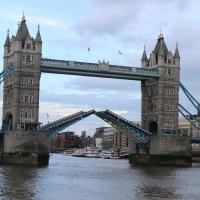 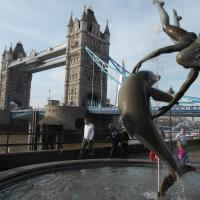 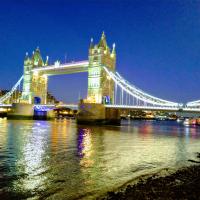 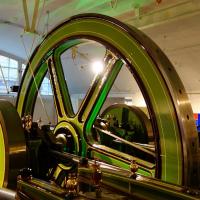 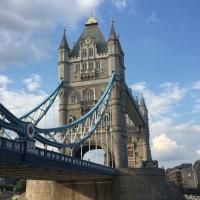