LOUISVILLE | MORE THAN 2 YEARS AGO |
by

Jacqueline
A few years ago, I spent a perfect fall weekend in Kentucky exploring the Bourbon Trail with friends. It was my first real introduction to bourbon, and it converted me. As bourbon has become more popular, so has the Bourbon Trail — in some ways, it is the new Napa Valley. We discovered that bourbon is an art form, just like wine. Each distillery has its own special formula, but the real flavor comes from aging and blending. A distillery can influence bourbon by where it sources its oak barrels, whether it toasts the barrels and how it stores them. Barrels are stored in rickhouses, so airflow, sunny and shady spots, brick and cement walls…these all impact how your bourbon tastes when you sip it a decade later. Did you know that each time Woodford Reserve Double Oaked Single Barrel is released, it tastes different because it comes from a different barrel? Or that thousands of barrels of bourbon are blended to create a single bottle of Evan Williams to give you consistent flavor? Fall is a perfect time to explore the Bourbon Trail. The gorgeous colored leaves, crisp air on a sunny afternoon, great food, delicious bourbon, beautiful countryside, racing horses — they all make for a perfect weekend. 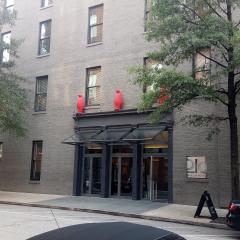 We found NYC chic & coolness here! It's a renovated 19th century tobacco and bourbon warehouse - turned into a boutique hotel and museum. Check out the exhibit by the elevators, it's hilarious. As you stand there you realize the moving letters projected on the wall in front of you are bouncing when they hit your head and creating phrases. Hard to explain, but you'll definitely want to take a picture. Don't forget to check out the lobby bathrooms too. I won't spoil that surprise!

Most bourbon is made within a few hours drive of Louisville, with two central spots in Bardstown and Frankfort. They are opposite sides of Louisville, so plan them for separate days. Upon our late morning arrival at the airport, we were already partway to Bardstown, so we continued that direction. 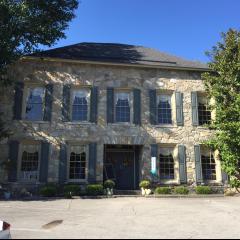 We grabbed a bit to eat to fortify our stomachs in this quaint traditional restaurant in Bardstown. Some of the dishes aimed to clog our arteries, but we were optimistic the food would get healthier as the weekend continued! 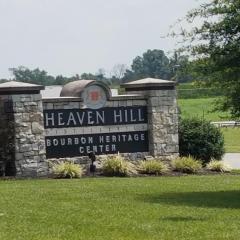 Founded shortly after Prohibition and still family owned and run, Heaven Hill is steeped in the history and tradition of bourbon making. With a behind the scenes tour, we followed the entire process from sour mash to white dog to aged bourbon. Along the way, we discovered both the art and the science of bourbon making. Heaven Hill uses natural ventilation — windows go up in the summer, down in the winter. Since bourbon is a hearty drink, it makes sense it can bear the brunt of the weather. The rickhouses are crowded, so occasionally a barrel gets “lost.” One year, Heaven Hill discovered a 27 year old barrel that had been misplaced in a rickhouse. Upon tasting it, the bourbon was fantastic. Somehow the combination of heat, cool and sun in that particular area produced outstanding results. A new tradition was started, with the 27 Year Old Heritage collection. At the end of our tour, they taught us how to sip bourbon like a pro — not straight, just a few drops of water to open up the flavor. 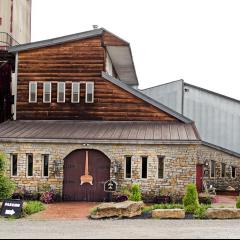 By now, we were well into vacation mode. We stopped by another distillery for a tasting…why not? It was Friday afternoon. Four Roses and Willett are the other most well known distilleries in Bardstown. Willett was just down the road from Heaven Hill, so we went there. Although the mashbill mix of corn, rye and barley malt was generally similar, we discovered that bourbons can taste quite differently based on the bourbon master’s touch and the aging process. 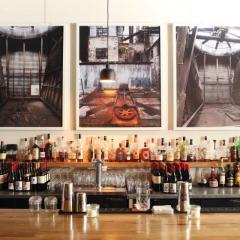 Since we were in Bourbon country, we decided to keep heading down that path and went to Rye for dinner. It was a fun cocktail list and the menu was well curated with some interesting combinations, reflecting its farm to table style. Perfectly cooked duck, amazing squash and beets — it was hard to go wrong! The chef, William Tyler Morris, trained at both Breslin and Craft in NYC and has created quite a local find in Louisville.

Up bright and early, we took a run along the river, said hello to Indiana on the other side of the bridge and grabbed a healthy, delicious breakfast in the hotel at Proof on Main. We then drove east from Louisville to Frankfort for more bourbon tasting. The drive was gorgeous, the quintessential image of Kentucky horse country with its rolling hills and picket fences. 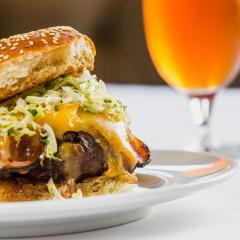 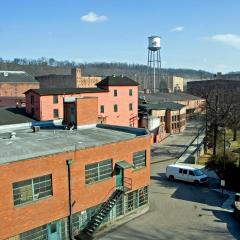 The first stop was Buffalo Trace, the oldest continually operating bourbon distillery — they even stayed open during prohibition for “medicinal” purposes. We took another tour to see the differences in distilleries, and saw up close their century old, red brick warehouses and hand bottling of premium bourbons. Buffalo Trace is the world’s most award winning distillery and is also a National Historic Landmark. It’s a beautiful spot to visit, the guides are incredibly knowledgeable and the bourbons are excellent! 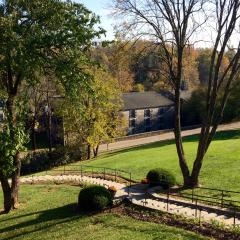 One of the oldest and smallest bourbon distilleries - it’s a short, pretty drive from Buffalo Trace. Woodford Reserve is nestled in the rolling hills, with stone rickhouses that look centuries old. While waiting for a tour, you can grab a snack and either relax on their porch or hang out in the cozy waiting room. I would advise just one tour a day or they’ll blend together — we only did a tasting here. The tasting room at Woodford Reserve is gorgeous and has a panoramic view of their scenic grounds. I would have been happy to spend the rest of the afternoon there. Especially given their bourbon. It’s all hand crafted, small batch bourbon. This artisanal approach enables them to create wonderful bourbons like their double oaked, which you must try. It’s a sweeter, softer character to the bourbon given the charring and toasting of the barrels, along with the double barrel aging. 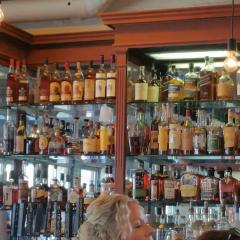 Garage Bar is as much for the ambiance and experience as anything else. With lighted ping pong tables, picnic tables and tons of outdoor seating, it’s perfect place to relax on a warm, sunny afternoon with a beer in hand. It reminded us of carefree college days. And yes, it’s okay to drink beer even though you’re on the Bourbon Trail! 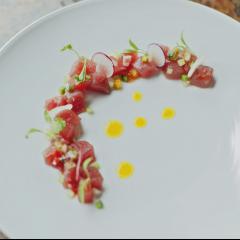 A Latin inspired restaurant in Louisville might surprise you, but it was a local friend’s favorite and consistently gets great reviews. Seviche lived up to its hype that night with awesome guacamole and mahi mahi tacos. 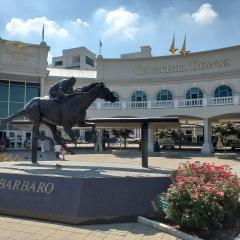 The iconic horse racing stadum. We took a tour and imagined ourselves on the first weekend in May, mint julep in hand and watching the Kentucky Derby. 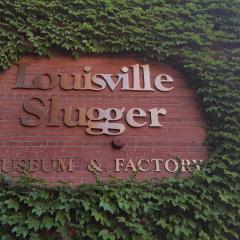 Home of almost all baseball bats! No cameras or phones! We got the inside view on how they hand crafted bats in the old days…and the automated process today. The Louisville Slugger bat changed the world of baseball. It is used by over 60% of pros and remains the official bat of the MLB. We were lucky and saw some customized bats for the big pros.